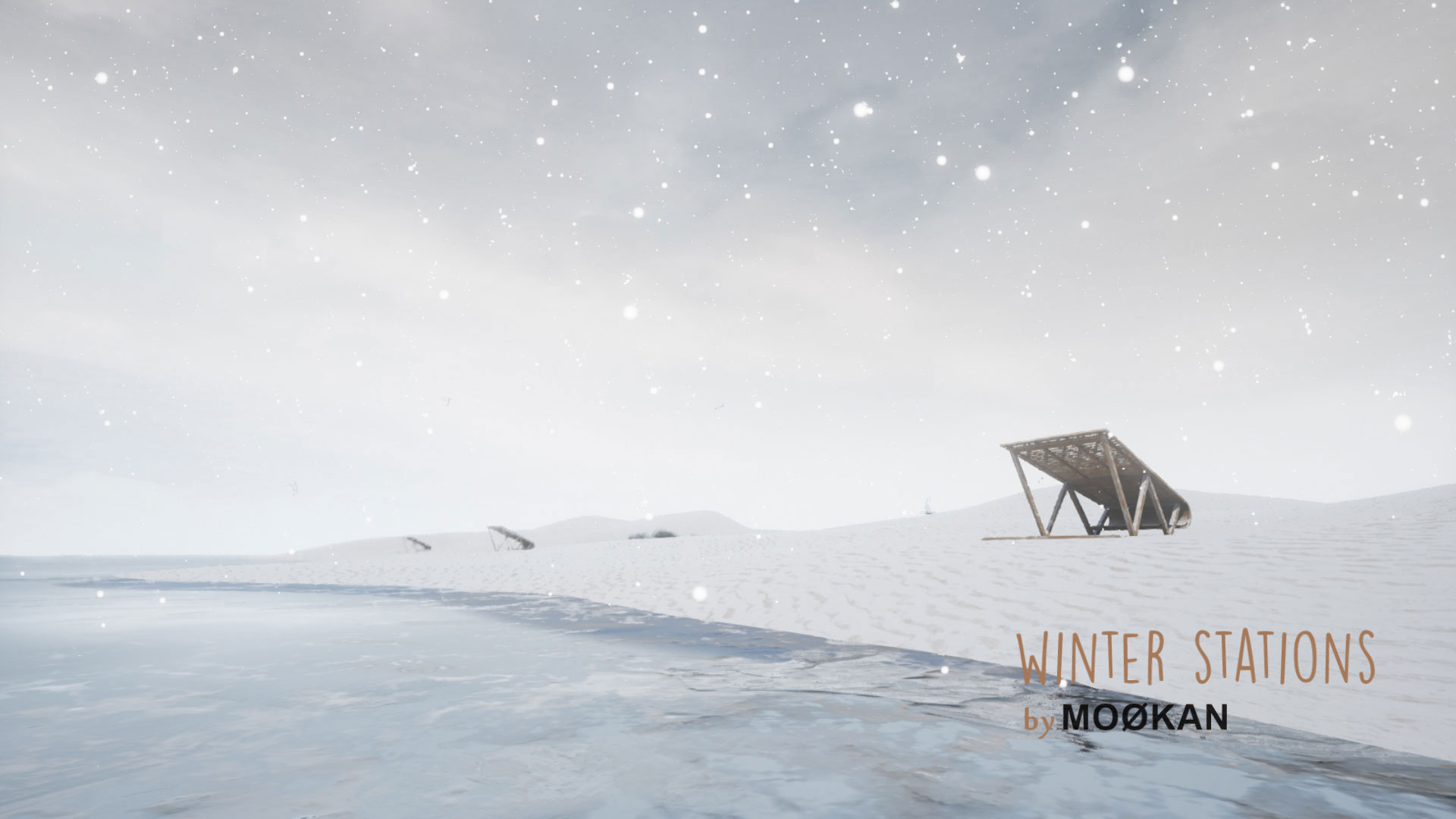 These small pavilions were designed to give protection and an area to sit and enjoy the landscape to the walkers in the beach during the strong winter of Toronto. The competition requested the stations to be temporal, just for one season. In this model we created a beach, not based on the real Toronto Lake Beach, just to give context and to place the proposal. The landscape is complemented with a path that goes thru the dunes connecting the stations from the backside.

The theme for this edition of the competition was "freeze/thaw". We made an effort and explore new solutions to create a dynamic environment where we can show the unpredictable weather from Toronto at the lake´s beach. The environment should evolve from sunny days to snowstorms that can cover all the map gradually and melt.

To achieve this goal there was 4 major parts. First we did a snow effect by a particle system. Second we created a parameter collection to control the snow that finally can be managed from outside the material to make the dynamic transformation of the snow coverage. Third, we made the snow more realistic by using an elevation map from the original materials of the scene, letting the snow accumulation to start in the holes and lower parts and the melt to also be progressive leaving the snow accumulated in the shadow for the last.

Finally we put all that under the control of the UI, with 2 buttons and two steps of progression in each one, we allow the user to control the weather for the scene. Making the sun appears to stop the snow and make it melt or with the other button make the sky get cover by clouds and start to snow until all covered with snow.