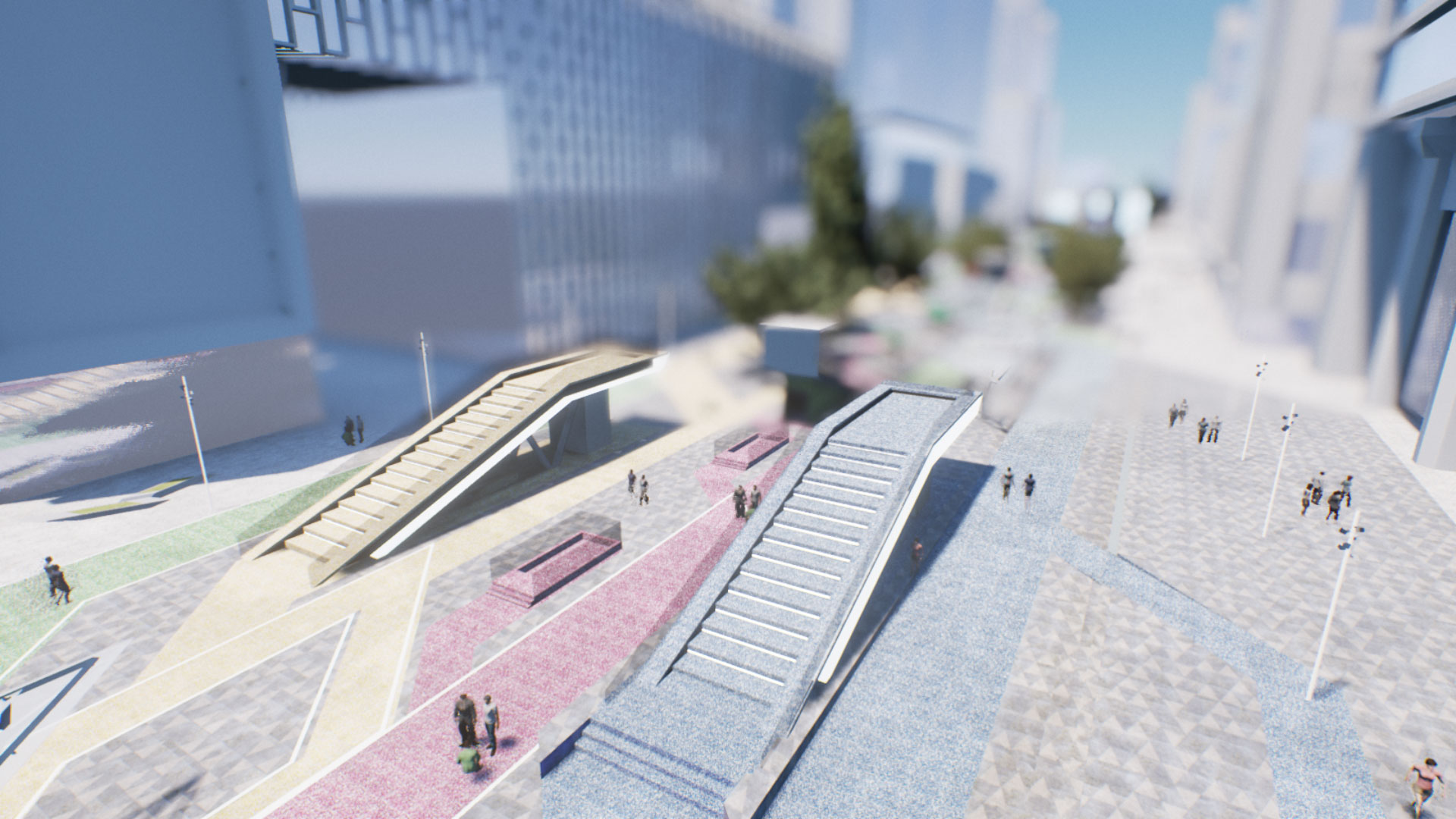 HuaQiang Bei is the most famous street in Shenzhen. It has originated from an industrial area in the early formation of the city in the 80's. The street transforms to an electronic market during the 90's becoming at beginning of the XXI century the most important of its kind in the world. Actually with more than 300.000 visitors per day is one of the most busting streets in the globe. The street history is strongly linked to the history of the young Chinese City of Shenzhen.

The street needs are growing, Shenzhen City Planners understood it and created a competition for the design of the new layout. The Shenzhen based design office, Zhubo Design won the competition seven years ago, and since then the project has changed many times. The main reason for the transformation from the original competition concept has been the need to add 2 underground levels, one for a new level of commercial area and the other for a new subway line with two stations that link to the existing ones.

The street segment of the project has 900 meters long and about 100 meters wide. In the last years also the traffic plan has been changed deciding to close the street for traffic and to create an Urban Plaza of almost 1 million square meters. The Plaza also has evolved to match the requirements of the underground. More than 90 new elements, between entrances, emergency exits and ventilation towers need to break the floor to emerge at street level. This generates a very complicate planning that now is finally becoming a new reality.

In this context we have been invited by Z-Studio, the department inside Zhubo Design that is managing this exciting project, to create a Beta Version of their design to show to the local authorities.

This Beta Version, created with a very tight deadline, was not created as a full operative and high quality endings model, just as a tool to show the real feeling of walk through the street. On this basis, a very important part on the model was to recreate the feeling of a crowded space, where on a regular basis there are at least a thousand people at the same time. Considering this, we placed about 1500 simple bots on the street.

It is interesting to see at the images below how the feeling changes from the day scene to the night scene. At night without people the street scale is completely different. The night views, in this Beta Version that is not fine optimized, have no people to make it easy to be handle by our client’s computers.

This simulation use dynamic light calculation, without precalculated shadows, to be easily build and compiled. We use the ray traced distance field soft shadows system because it is the best solution for big open maps like this one.